Mortgages..still to hard to get?

No Question about, lenders over corrected after the housing bust.  Most everybody agrees lenders needed to tighten underwriting standards, however most industry experts agree they went to far as many households with steady jobs and good credit still are having difficulty in obtaining a mortgage.   This has affected the housing recovery as many would be buyers continue to be on teh sidelines due to financing restrictions.  Although the housing market is rebouding, the market could be even better if lenders loosened up their underwriting just a little.

Why It’s Still Hard to Get a Mortgage

The housing market may be coming back, but a growing number of policy makers have expressed concerns in recent months that it’s still too hard to get a mortgage. 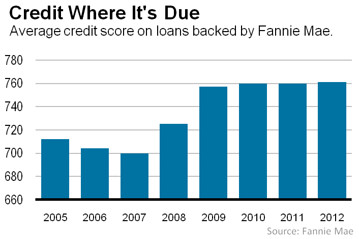 Federal Reserve governor Elizabeth Duke outlined some of these concerns and their causes in a speech last month. She was quick to note — as is anyone else who has sounded similar alarms — that she doesn’t want the market to return to the go-go days of 2005 or 2006 when anyone who could fog a mirror could get a loan. “But I also don’t think it would be a good idea to go back to the quite restrictive credit conditions of the early 1980s,” she said in the speech to mortgage bankers.

Duke concedes that some of the decline is probably due to weaker loan demand. But the trend nevertheless “has disturbing implications for potential new households” because younger borrowers typically have credit scores that are more than 50 points below older borrowers, said Duke.

So why haven’t mortgage credit standards eased up even a little bit, as they have for other consumer loans such as credit cards and autos? First, home prices have fallen so sharply that lenders are worried future price declines and job losses will leave them with more defaulted mortgages. 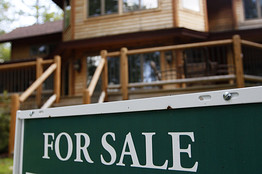 But Duke noted another more surprising cause: the Fed’s campaign to push down interest rates means lenders haven’t had to work very hard to drum up business. Together with federal efforts to ease refinancing rules, low rates have produced a surge of refinancing business. This has delivered a steady stream of high-quality, low-risk borrowers in an industry that already has shrunk significantly. Capacity-constrained lenders have “less incentive to pursue harder-to-complete or less profitable loan applications,” said Duke.

The good news: as mortgage rates rise and refinance demand drops, the capacity constraints on lenders will recede and banks will begin to compete for more of those purchase loans. The upturn in home prices could also boost lenders’ confidence.

The bad news: Duke identified three “non-market” forces that are keeping lending standards tighter than they otherwise might be and that may be less likely to ease on their own:

–First, banks are requiring tighter rules to guard against the risk they’ll have to buy back defaulted loans from government-backed entities Fannie Mae and Freddie Mac , which have stepped up such demands after they were taken over by the government four years ago. Duke said that an effort by the firms’ federal regulator to clarify lenders’ potential “put-back” liabilities appears to have been insufficient to keep those worries from weighing on the market.

–Second, new federal and state rules associated with handling defaulted mortgages have raised the costs of mortgage servicing. While Duke said that many of those new rules have been needed to improve borrower protection, banks may find that the best way to avoid having to deal with defaulted loans is to stop lending to borrowers with low credit scores.

One commonly expressed attitude: If banks want to be tight, let them. If the past decade has taught us anything, the thinking goes, it’s that the economy is better off if everyone has to make large down payments and borrowers with only the best credit scores get mortgages.

The problem, says Duke, is that the economy may actually be worse off if the pendulum stays stuck at too tight, just as the economy was crippled when the pendulum swung too far in the other direction. The ability of newly formed households that are more likely to have lower incomes and credit scores to get loans “will make a big difference in the shape of the recovery,” she said. “Without first-time homebuyers, the move-up market will be sluggish, new and existing home sales will be more subdued, and purchase mortgage volumes will return only slowly.”