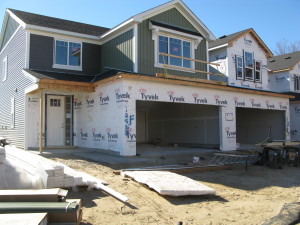 Every year I’m asked what’s in store for the next year?  Although I can’t predict the future (or I would be playing the lottery!) I predict 2015 will continue last year’s positive momentum.   Most economists agree that the Federal Reserve will raise interest rates in 2015; when though it is unknown.  We should continue to find rock-bottom interest rates through the first half of 2015; however interest rates are bound to rise thereby decreasing affordability (up to 10%!).   Home prices are projected to also increase modestly and home sales are also going to surpass 2014 volume.

Foreclosure activity continues to wane as traditional sales are once again dominating most transactions; this is great news for former under-water homeowners who have recovered lost equity.  Distressed sales are no longer weighing on the overall market which will provide increased appreciation for most housing markets.   The improvements in the economy with low gas prices will also bring the exurban and suburban markets back as buyers will seek out outer-laying locations for new construction that is more affordable than housing in the inner-core.

All things considered; expect a healthier real estate market in 2015 and if your are a buyer we recommend beginning your house hunt sooner than later before the uptick in interest rates.